Individual photographs of current social and political events. Please click on the photo and then on "Captions" to see descriptions. 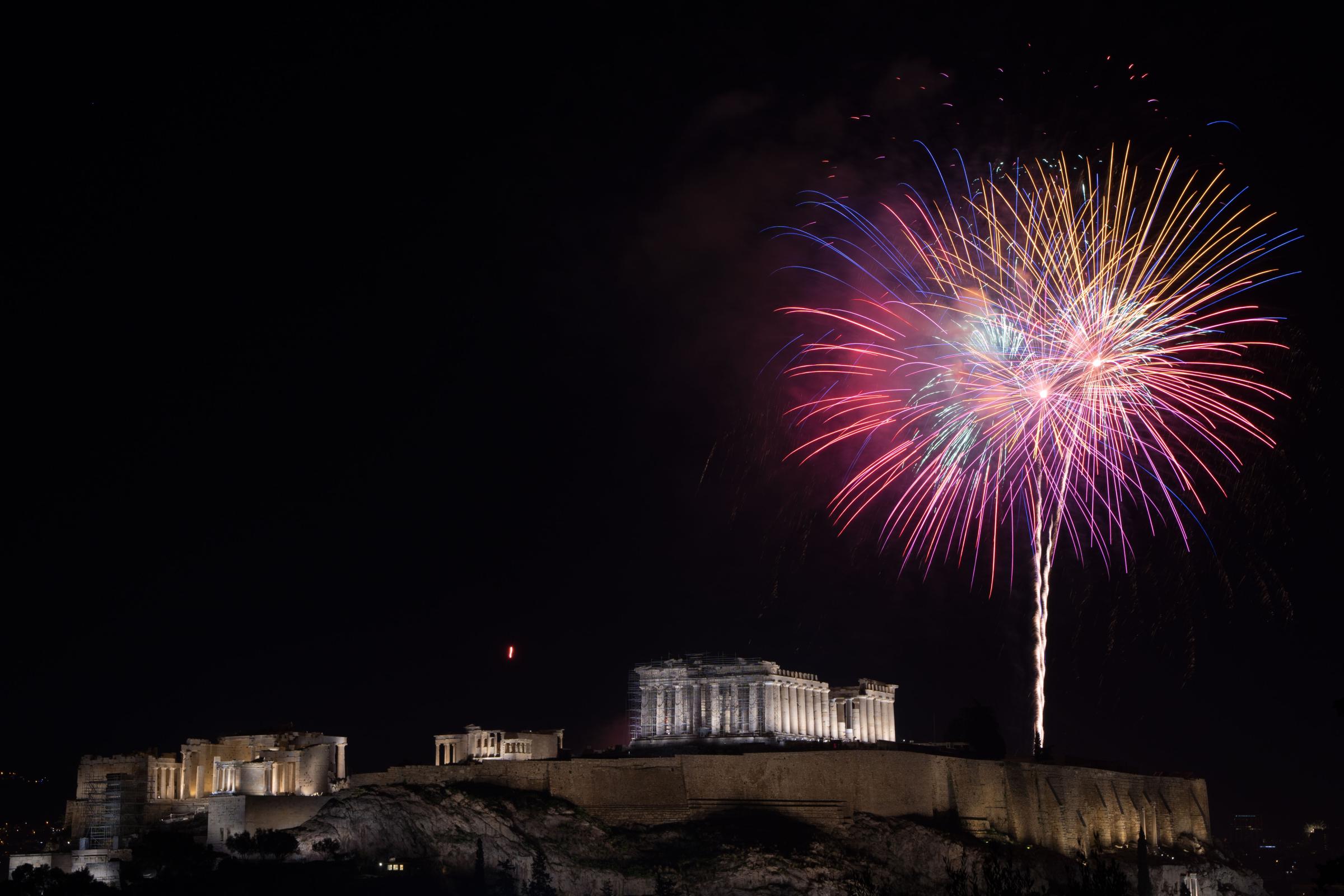 Fireworks go up next to the Parthenon on Acropolis Hill. Athens, January 1, 2022. 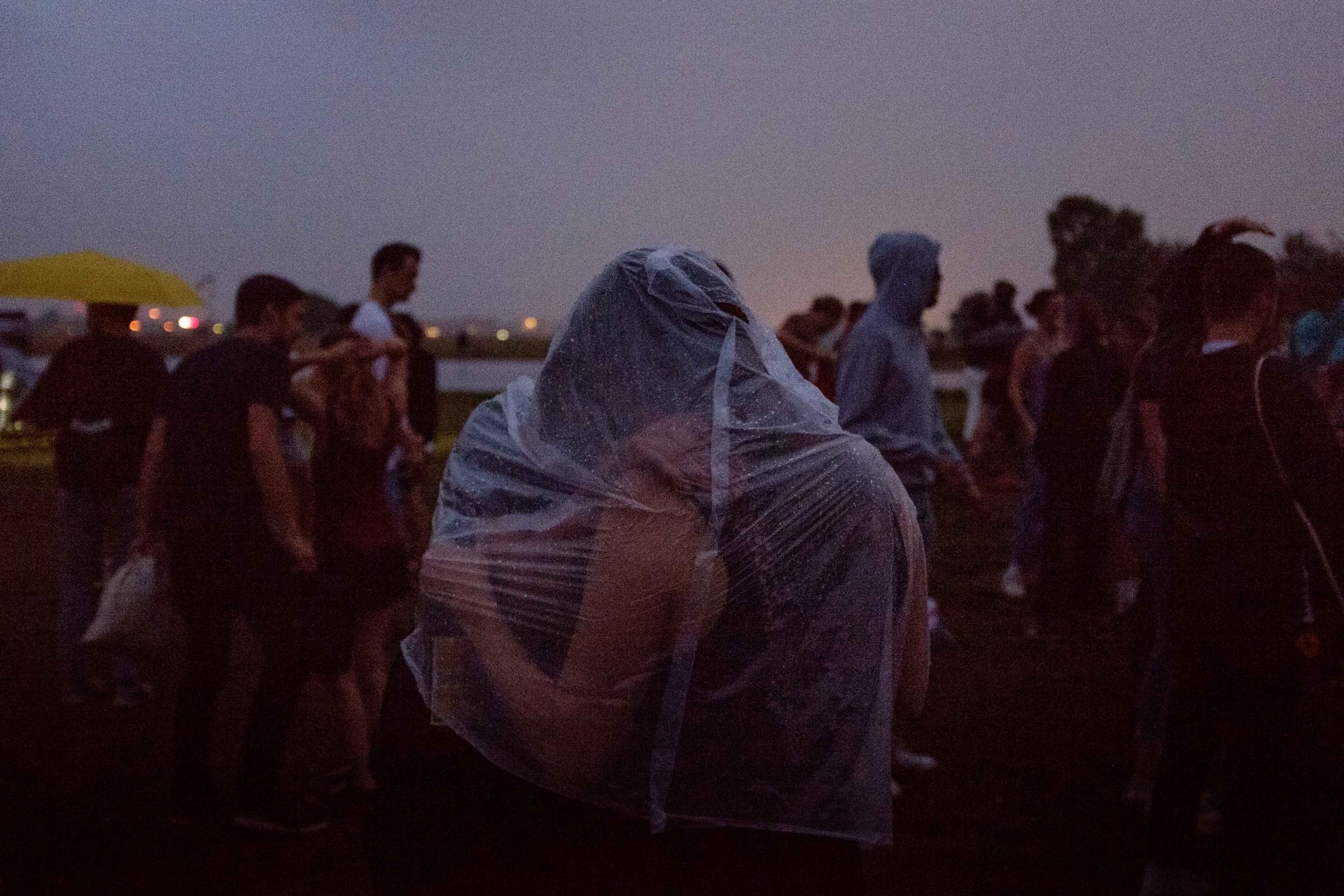 The Lovers II. A couple kisses as they share a rain cape at a dance event on Tempelhofer Feld. For many, summertime has been a welcome return to some type of normalcy in the Coronavirus pandemic. Berlin, August 2021. 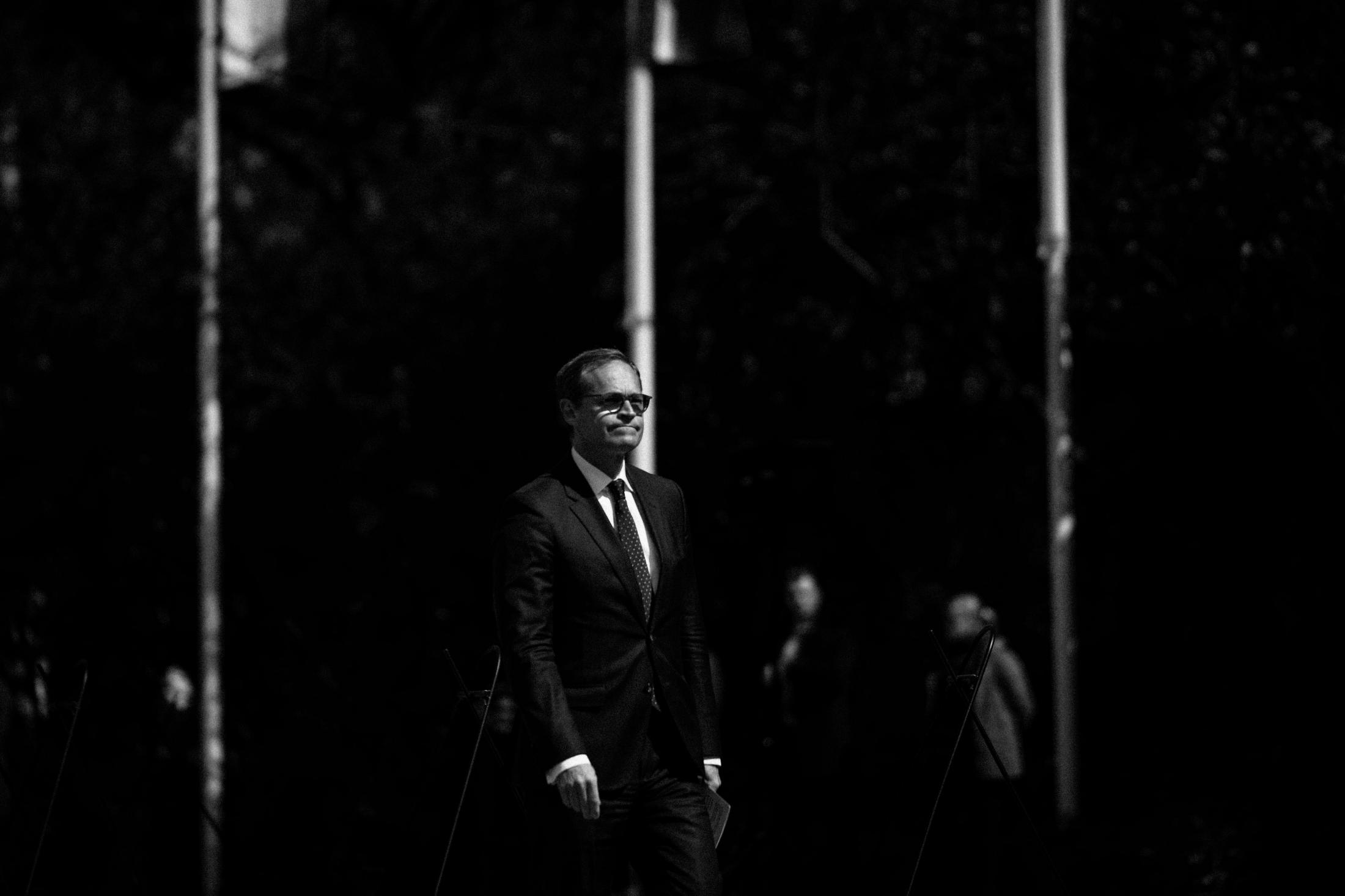 The Governing Mayor of Berlin Michael Müller walks towards the podium to address the audience during the celebrations of 70th anniversary of the end of the Berlin blockade. Berlin, May 12, 2019. 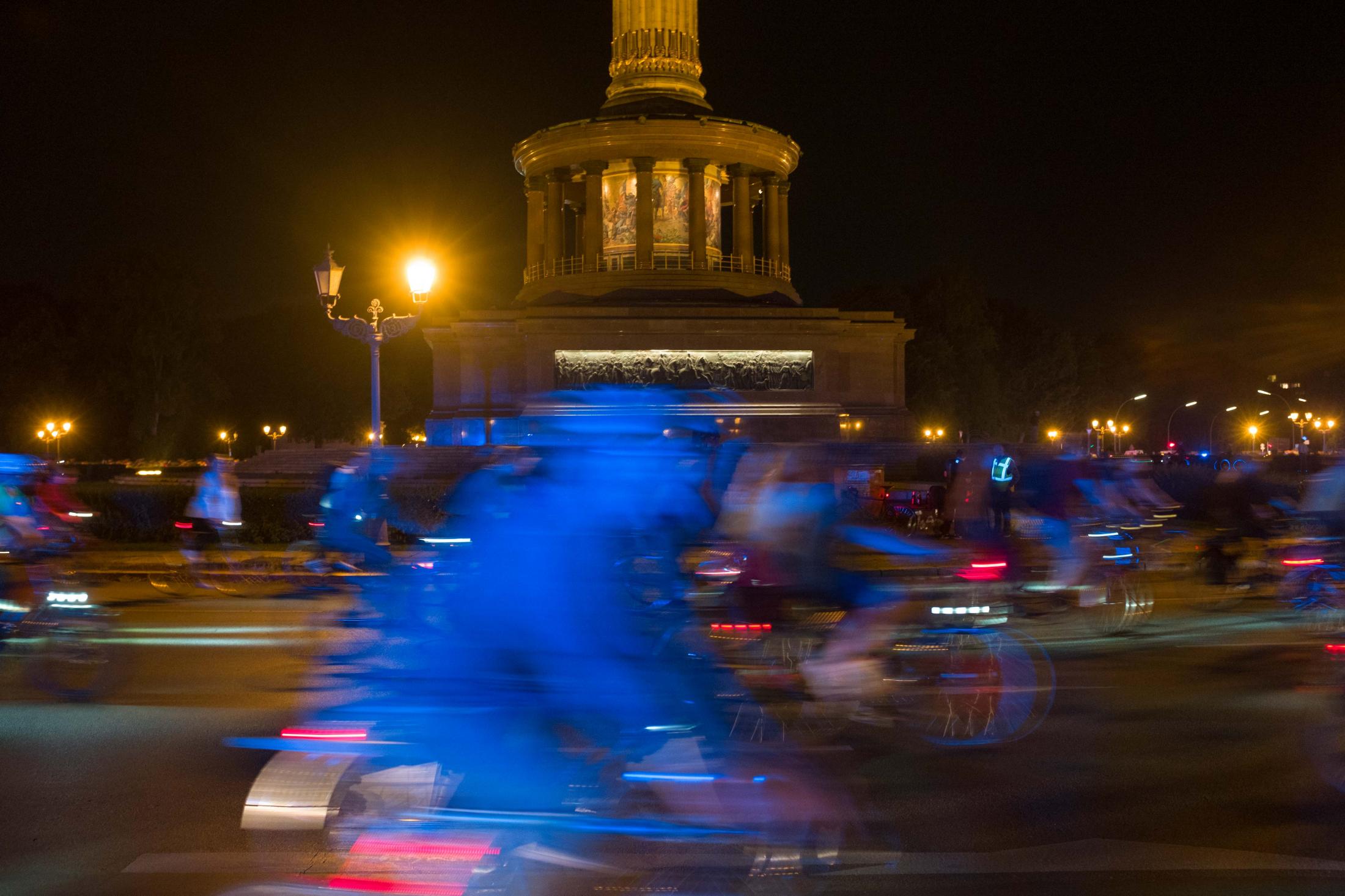 The blue light from police cars reflects off of participants of the monthly Critical Mass bike ride as it circles the Victoria column on Berlin's Großer Stern roundabout. Police presence is heavy all over the central parts of Berlin because of anti-government protests by a mixture of Corona deniers and neo-nazis. Berlin, August 28, 2020. 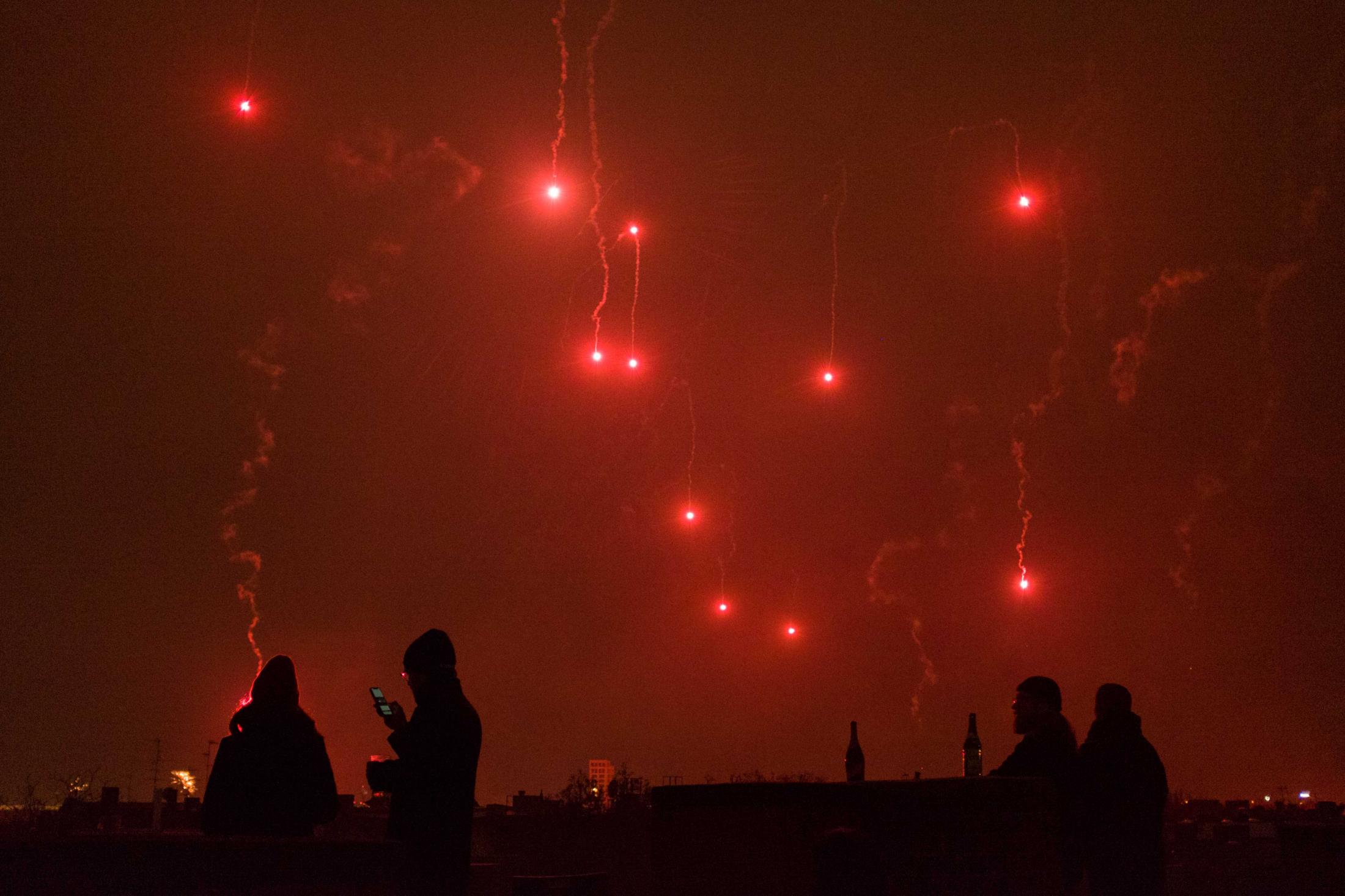 People begin the new year physically distant on top of a roof in Berlin. January 1, 2021. 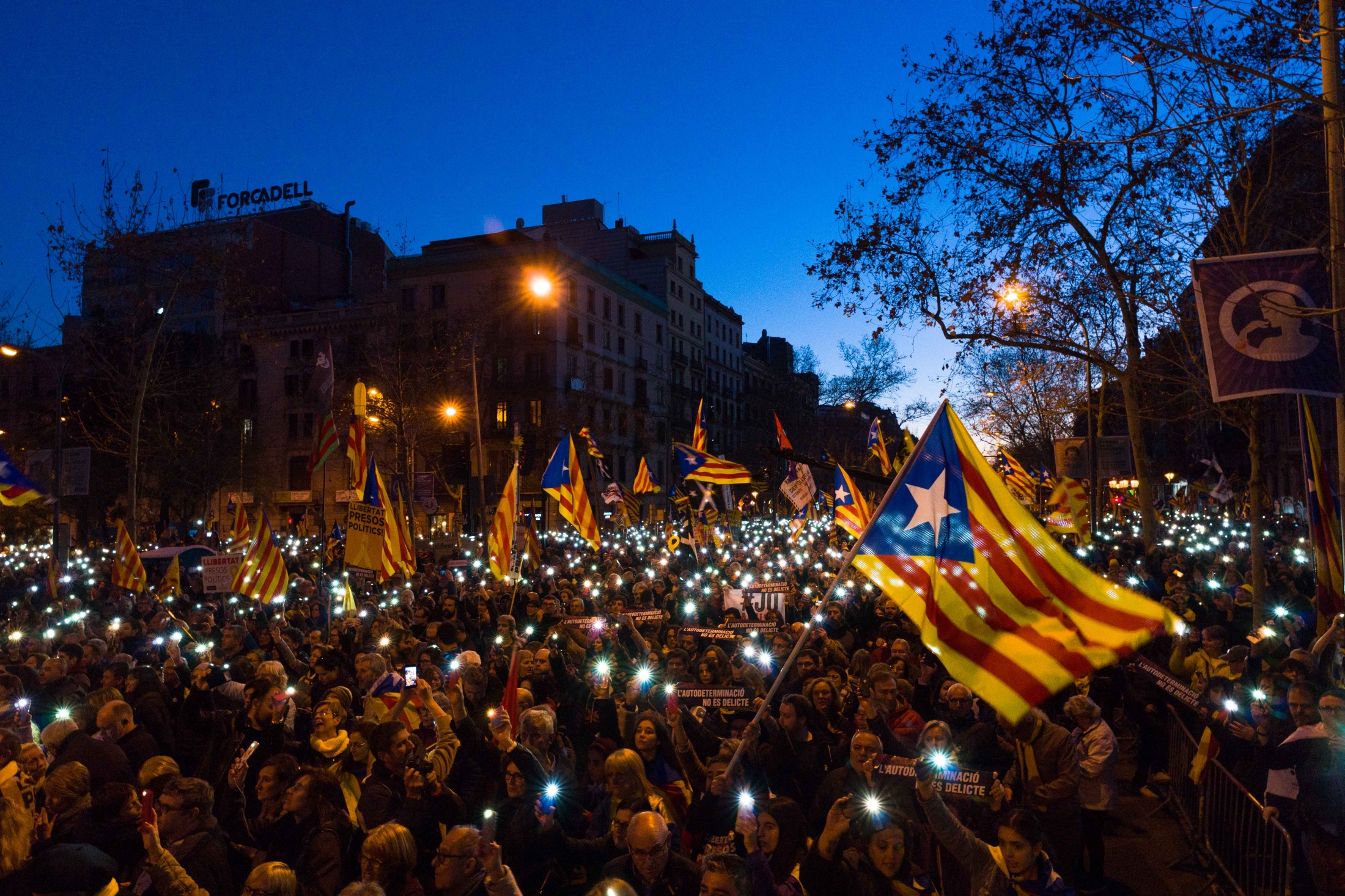 Demonstration against the trial of the imprisoned Catalonian separatist leaders. Numerous protesters from all over Catalonia took to the streets to protest for the liberation of the "political prisoners" and the right to self-determination. Barcelona, February 16, 2019. 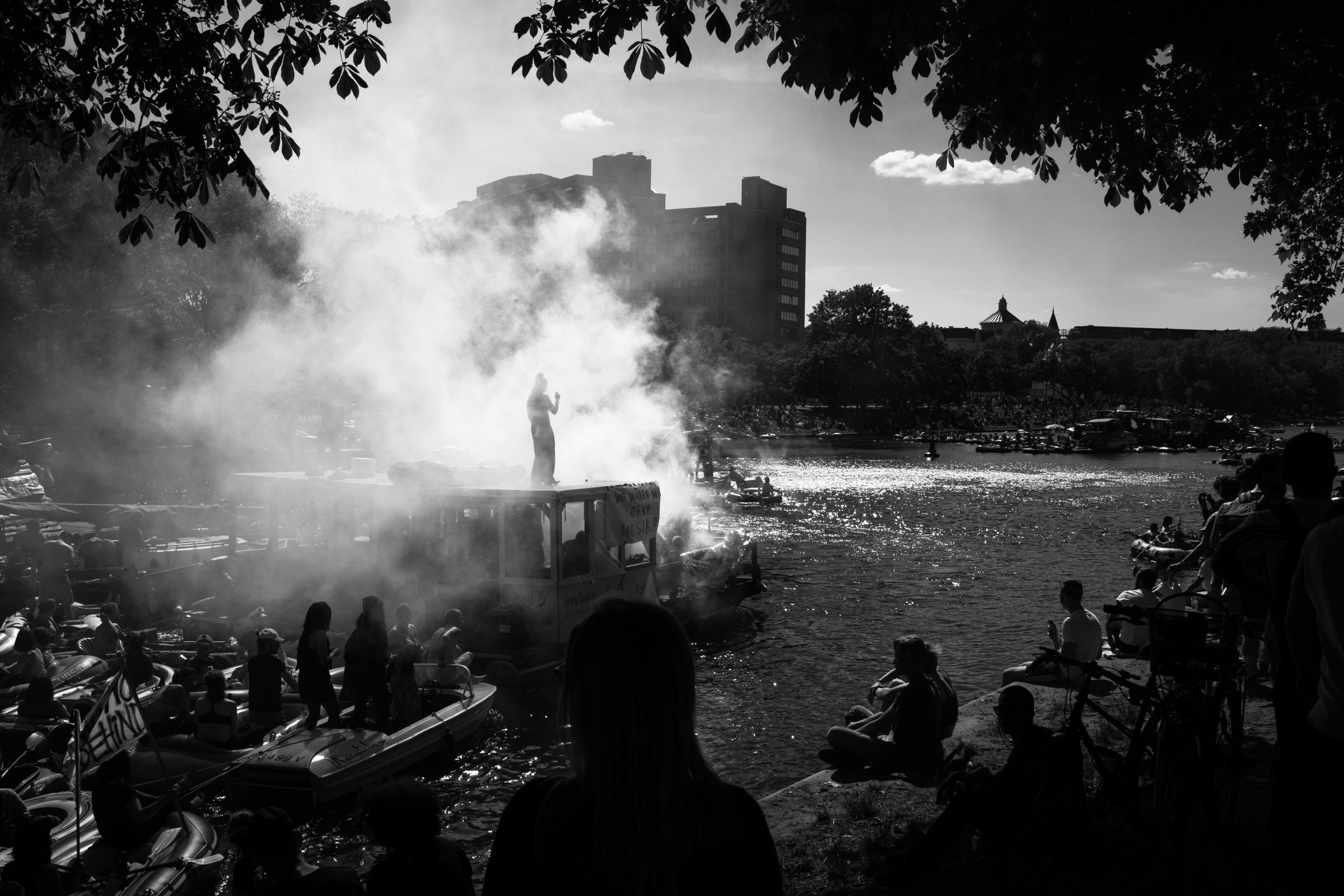 A water demonstration to "save rave culture" (#RavekulturRetten) arrives at the Urbanhafen area of the Berlin Landwehrkanal. In the midst of the Corona epidemic, an estimated 5,000 attendees turned the shore right in front of a hospital (pictured in the background) into a rave party that had to be broken up by police. The event caused a countrywide uproar and the organizers apologized publicly. Berlin, May 31, 2020. 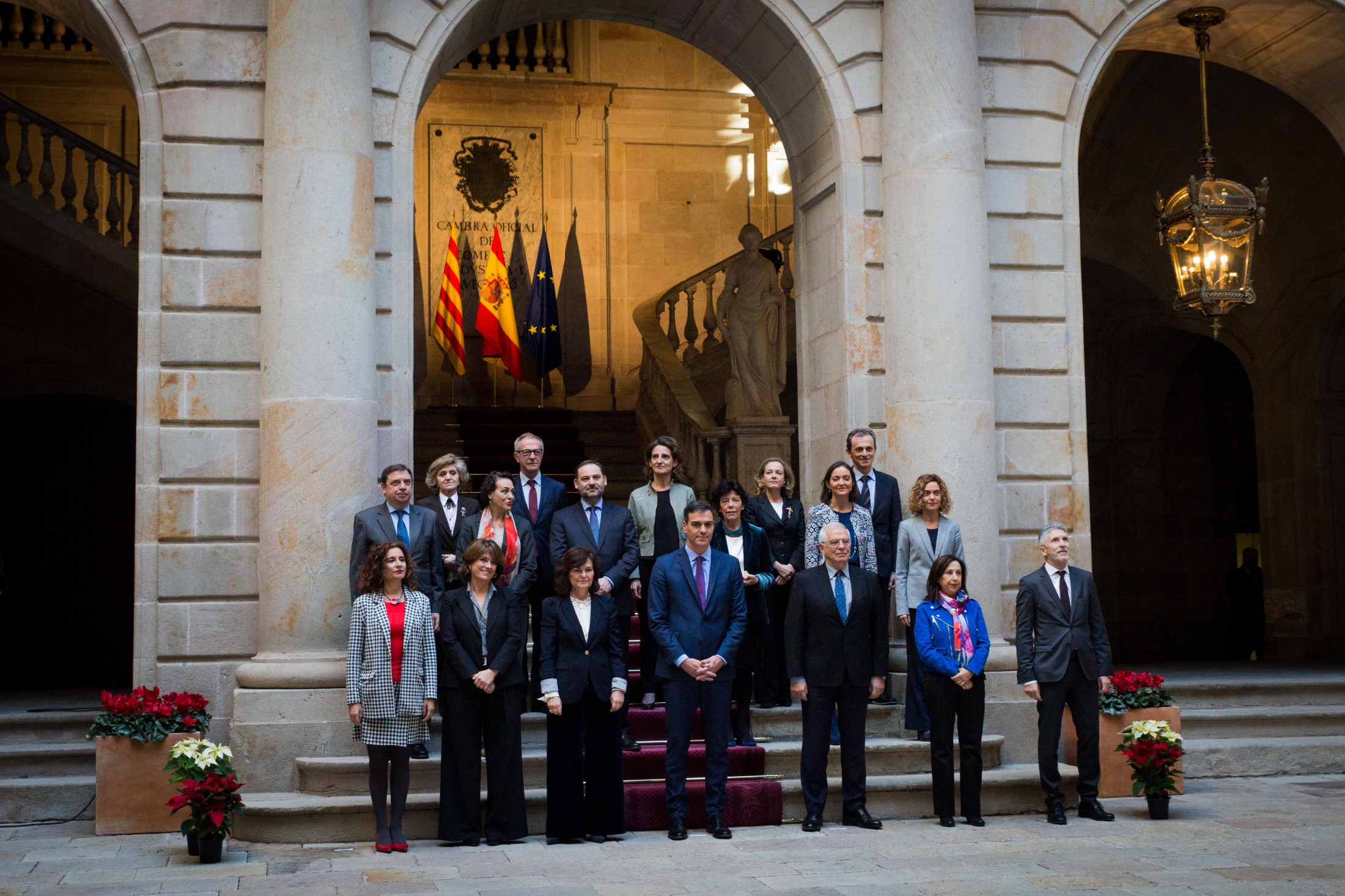 The Spanish president Pedro Sanchez and his Cabinet meet in Barcelona on December 21, 2018. The meeting that usually takes place in Madrid drew heavy protests from Catalan separatists. It was protected by around 10.000 police forces of the Catalan as well as the Spanish national police that clashed on various occasions with protesters. According to the newspaper El País, at least 13 people were arrested. Barcelona, December 21, 2018. 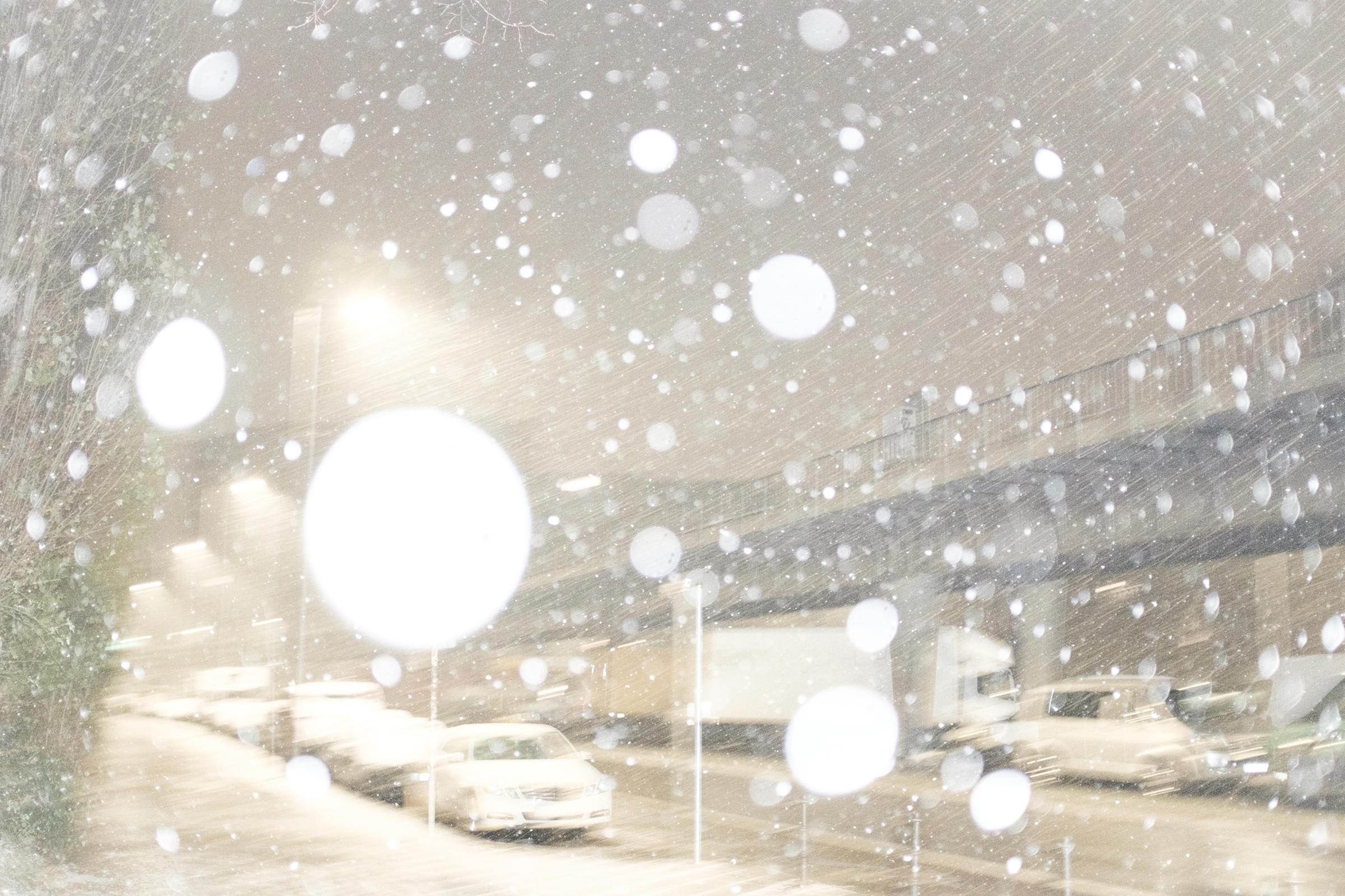 The first snowstorm of the winter season blows through Berlin-Kreuzberg in the early hours of December 5, 2021. 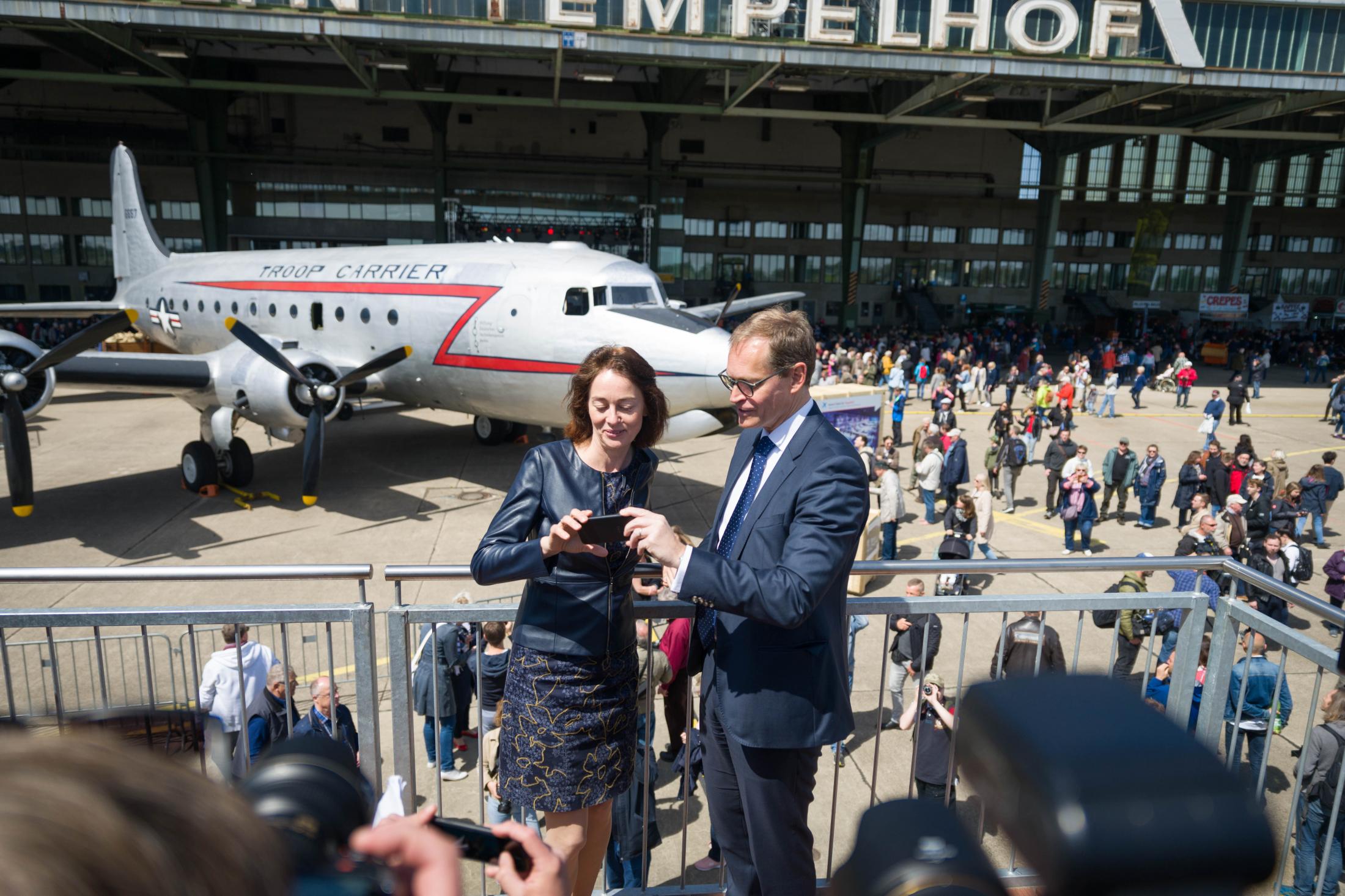 Federal Minister of Justice Katarina Barley and the Governing Mayor of Berlin Michael Müller get ready to take a selfie in front of one of the original airplanes used by the allied forces during the Berlin blockade. May 12, 2019. 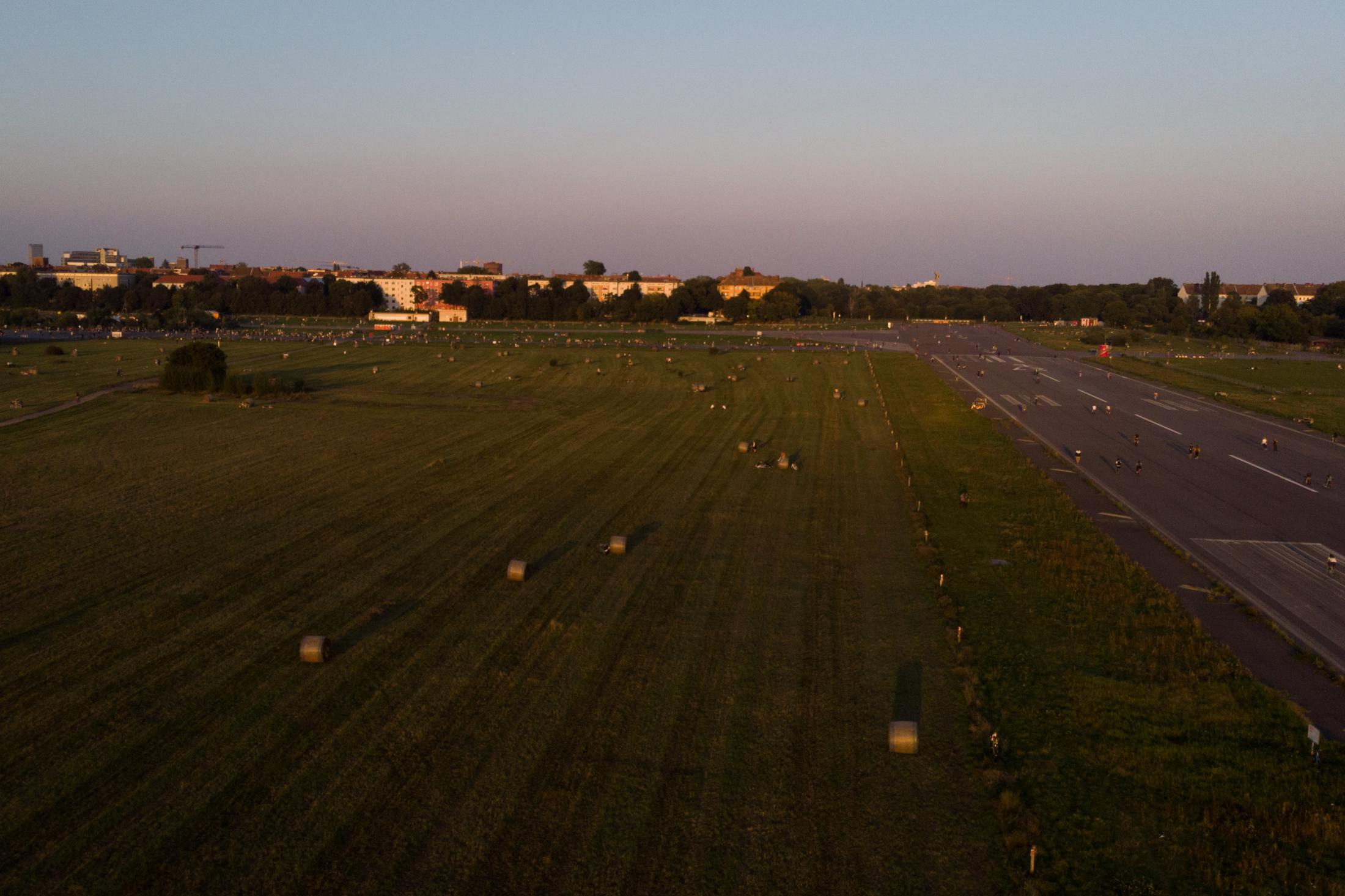 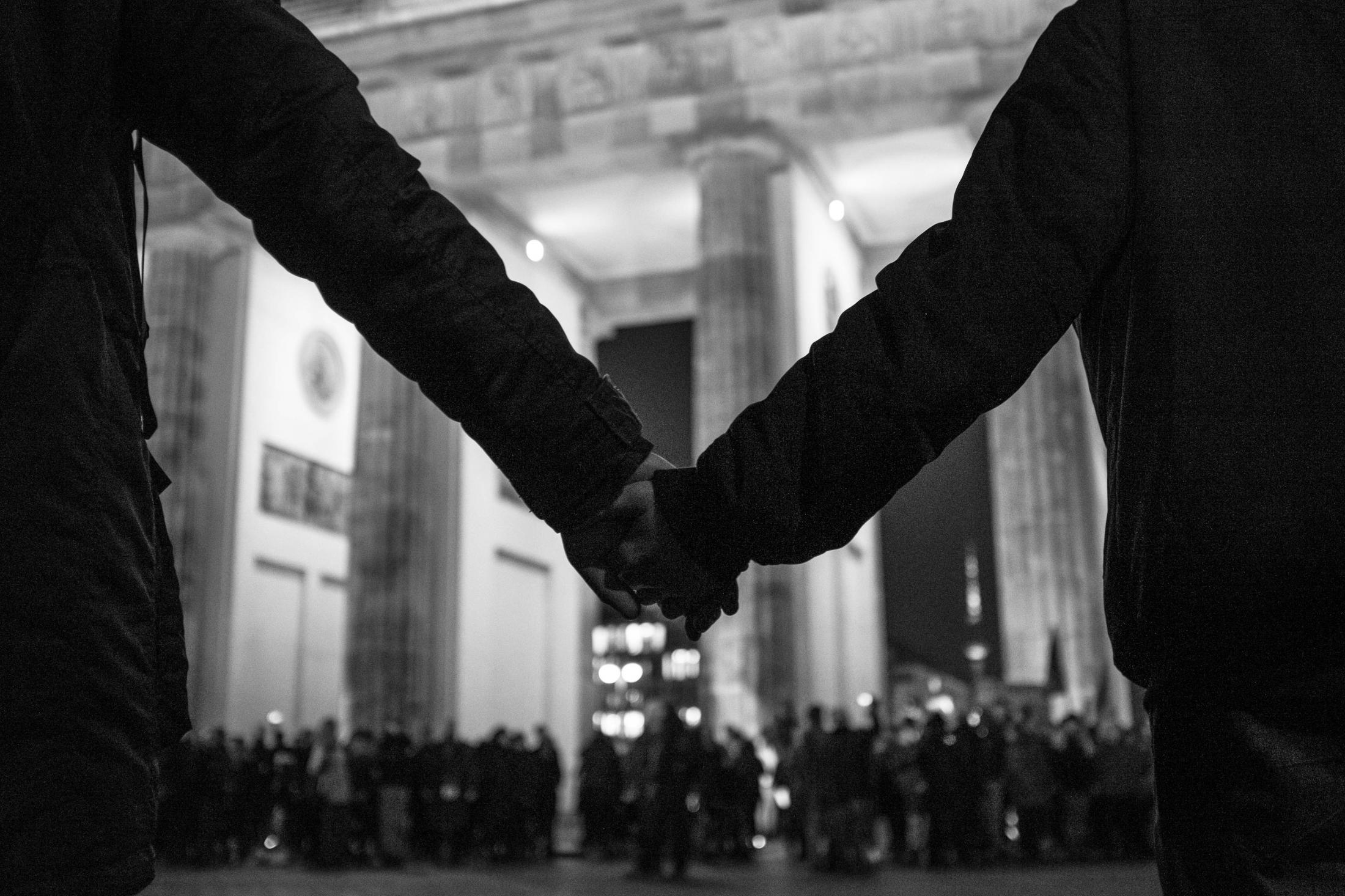 Vigil in Berlin for the victims of an act of far-right terrorism in Hanau/Germany, where nine were brutally murdered by a racist, who later took his own life and that of his mother. Berlin, February 20, 2020. 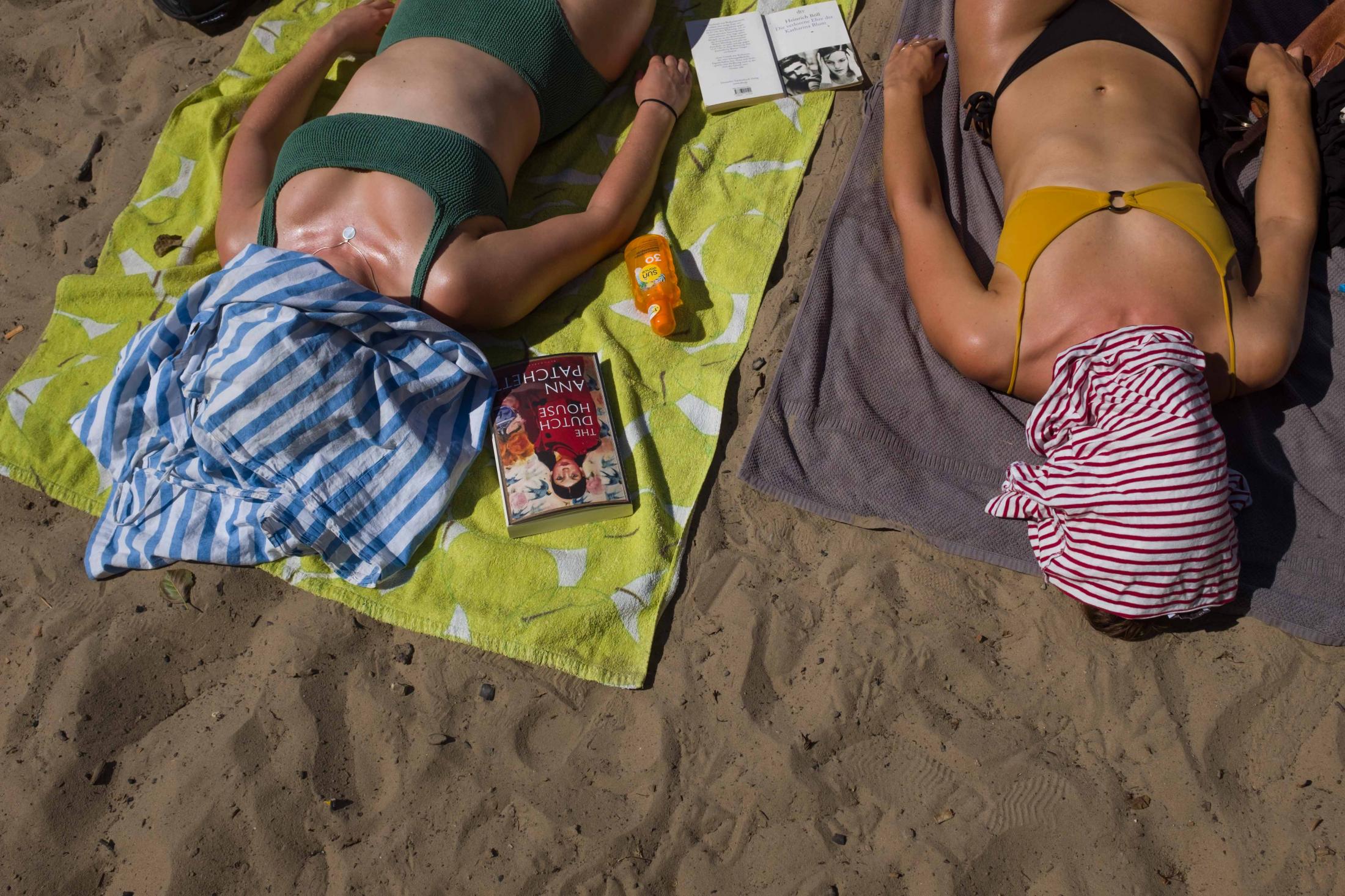 On one of the hottest days of the year, at 35 degrees Celsius, two women sunbathe on the shore of Groß Glienicker Lake. Berlin, August 21, 2020. 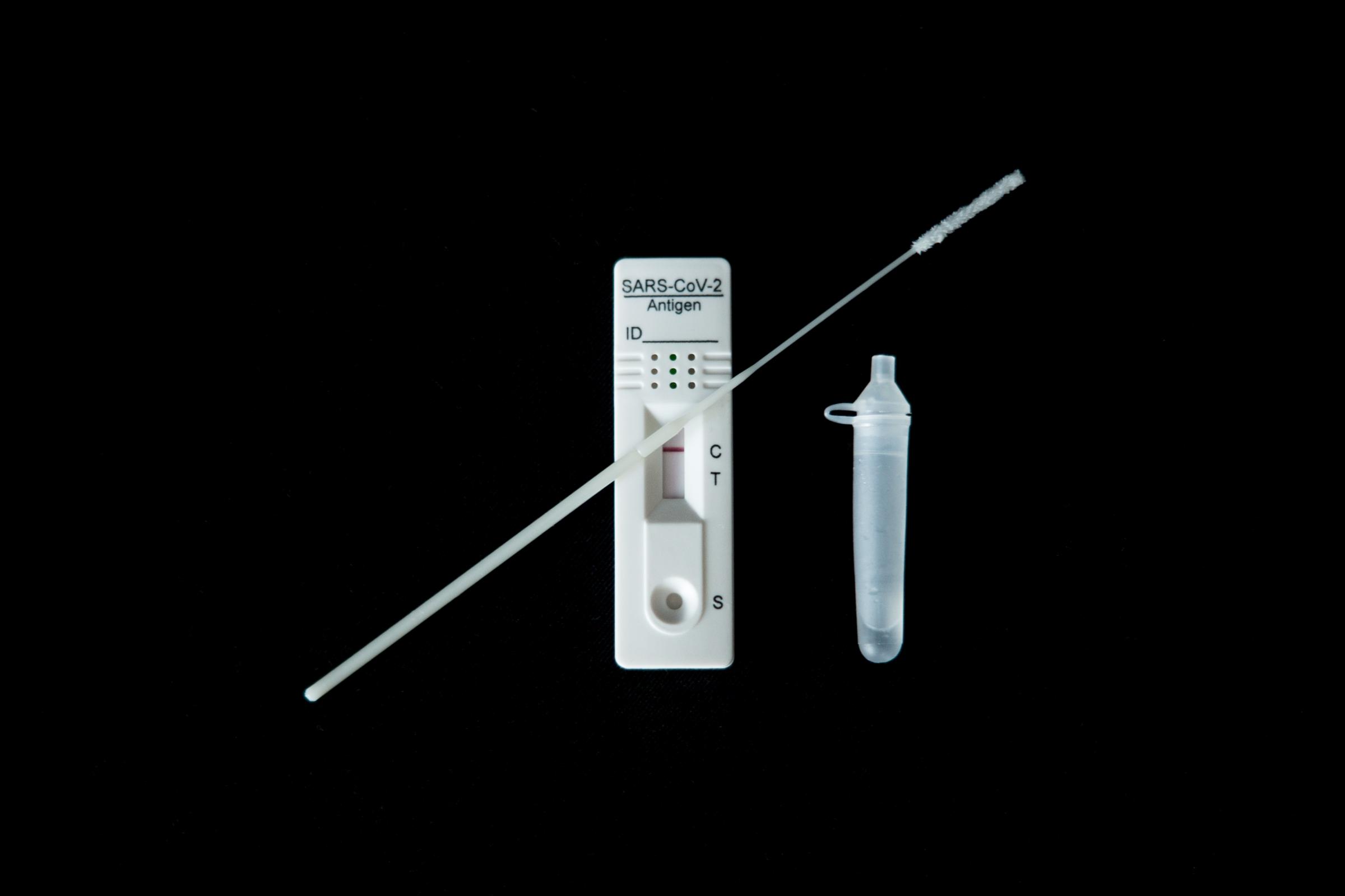 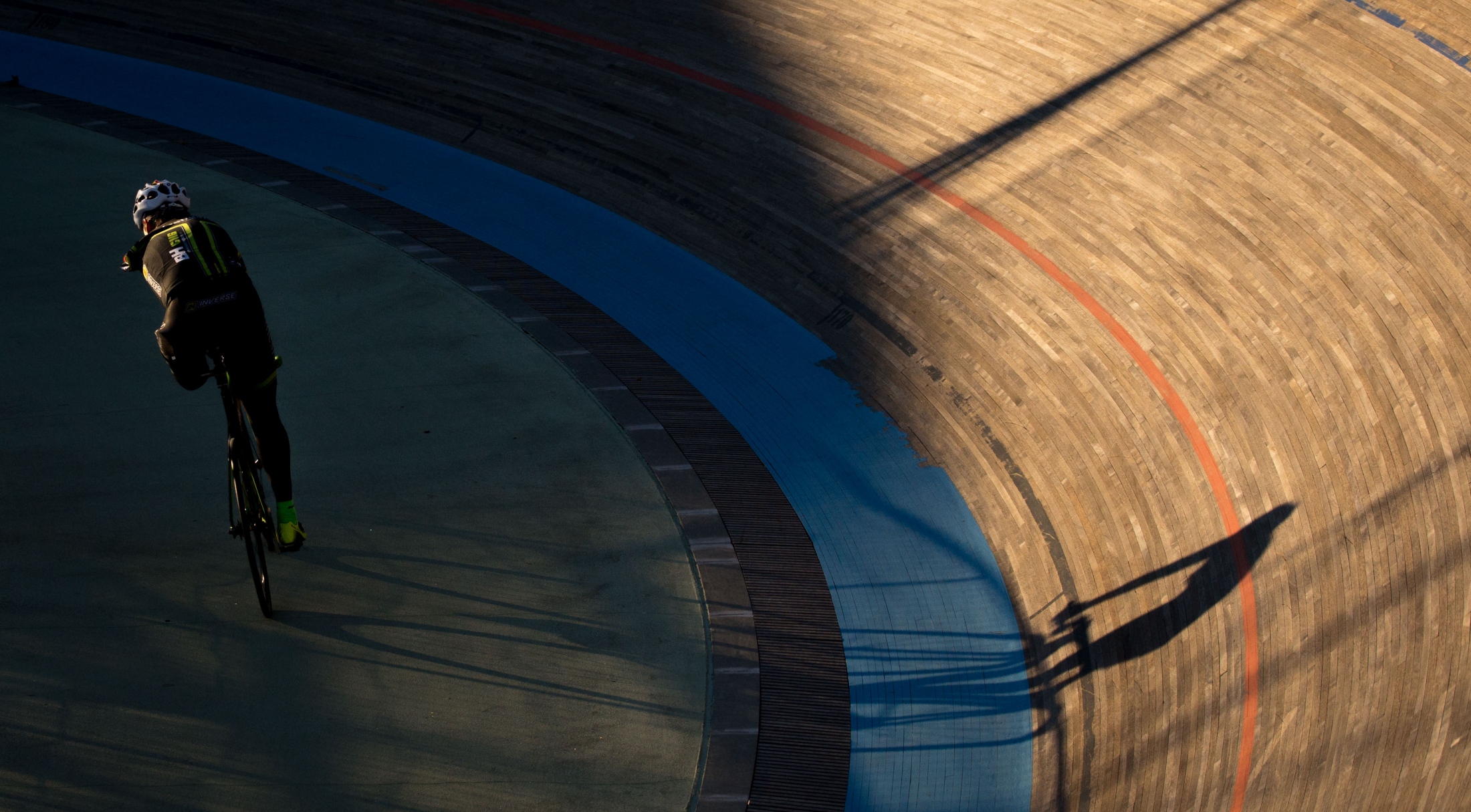 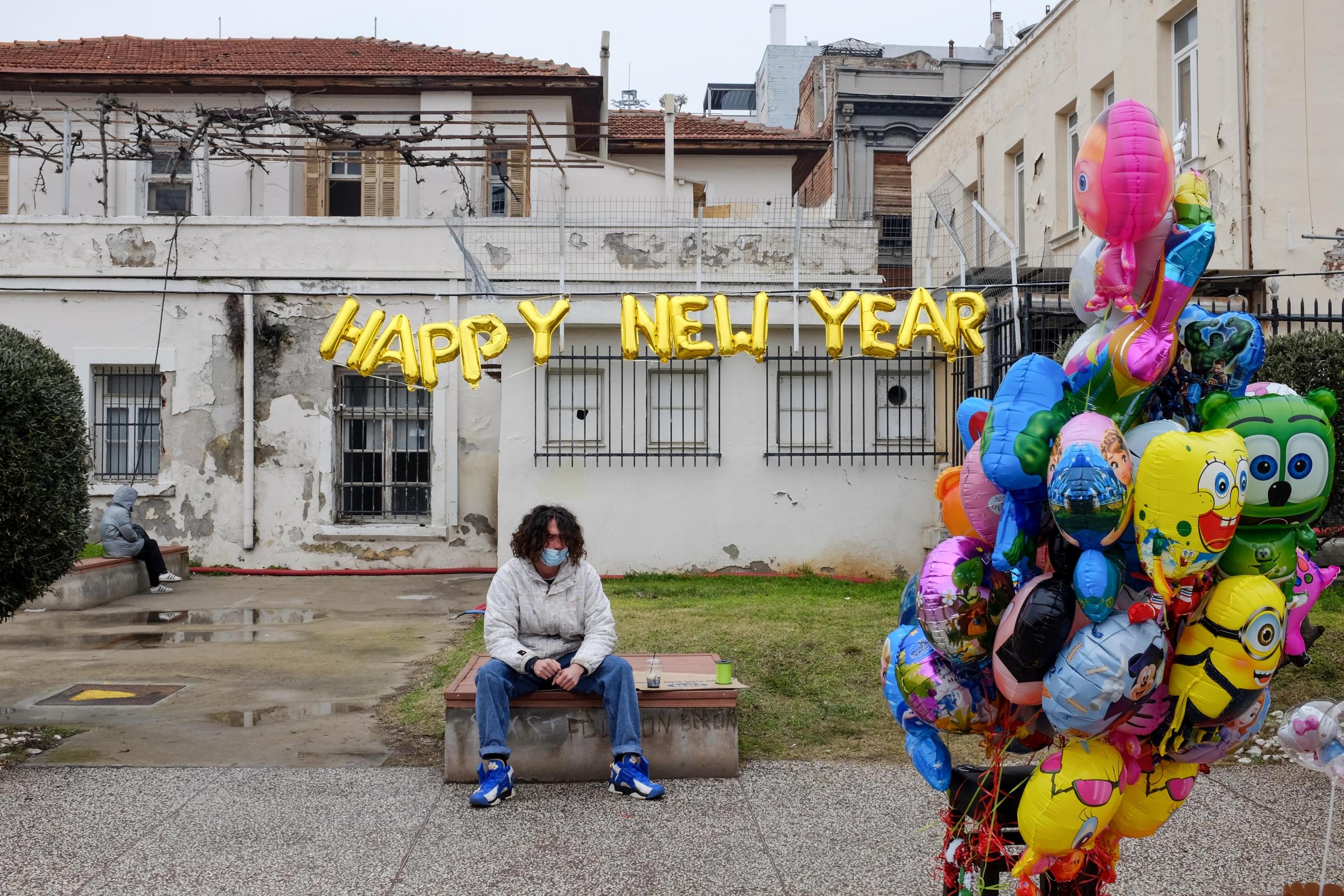 A man wearing a face mask sits on a bench next to balloons, some of which read "Happy New Year". Around Christmas time, amid rapidly rising Coronavirus infections, the Greek government imposed a strict mask mandate in all public places, including the outdoors. Thessaloniki, late December 2021. 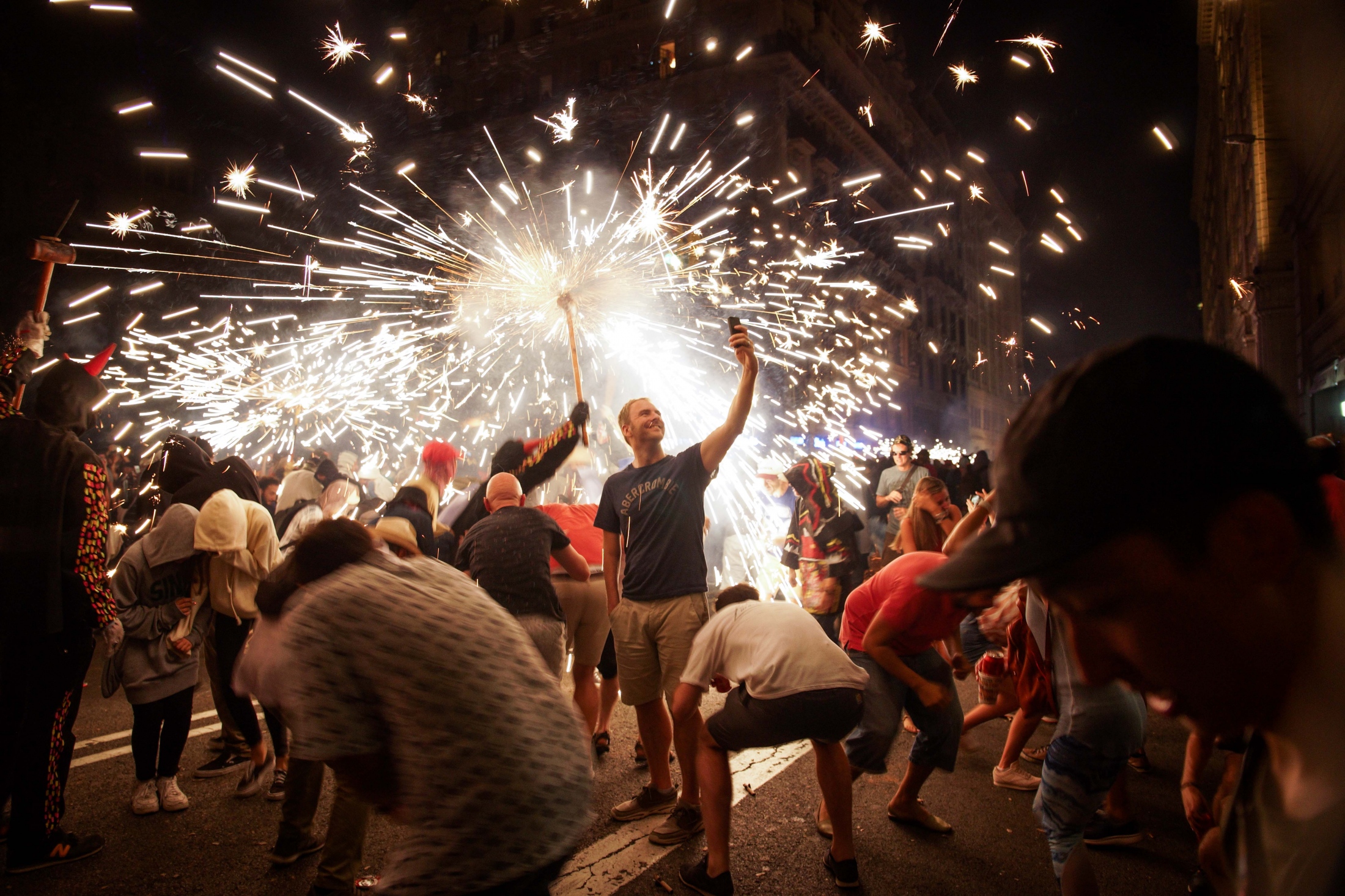 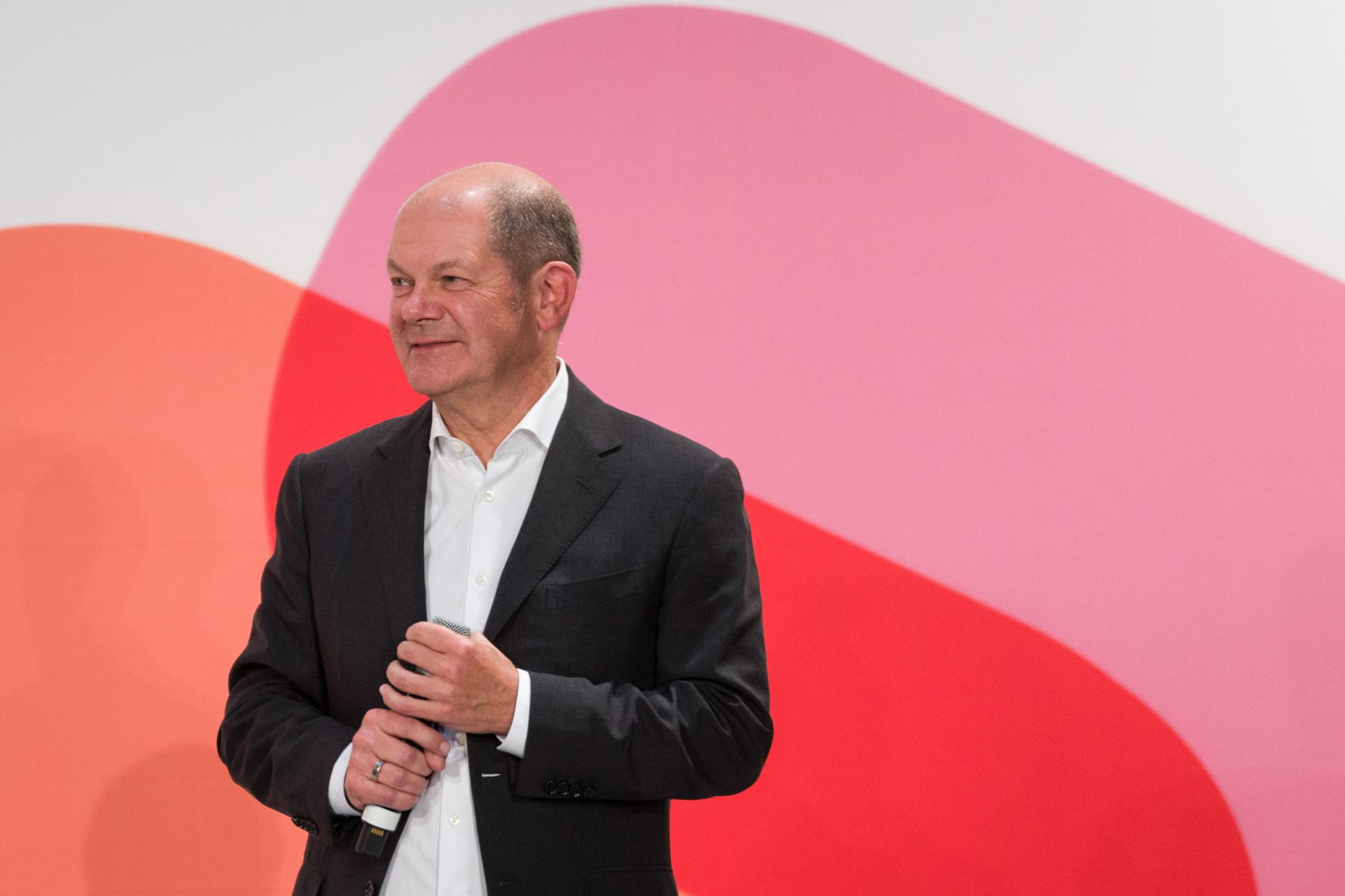 Hopeful for the chancellorship and current German vice-chancellor Olaf Scholz at a party event in Berlin in September of 2019. With polls increasingly in his favor, he is likely to be elected the successor of Angela Merkel in the 2021 federal elections. Berlin, September 2021. 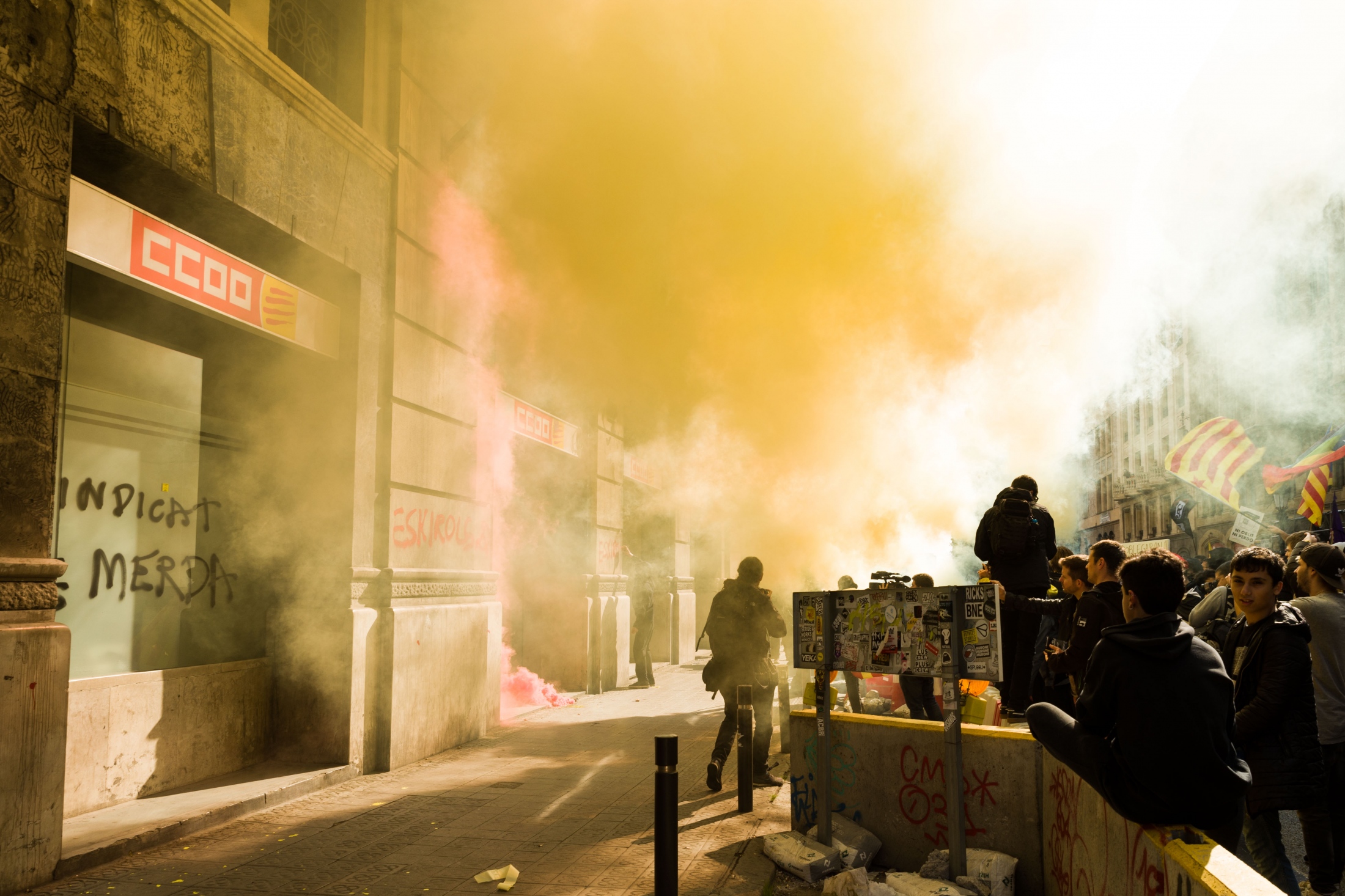 Some protesters at the general strike in Barcelona threw paint, eggs and smoke bombs against the building of Spain's biggest labor union federation, Comisiones Obreras (CCOO). The spray paint on its walls and doors translates to "union of shit" (sindicat de merda) and "blackleg" (eskirols). The strike had been convoked by the separatist CSC union and protested the trial of Catalonia's secessionist leaders, CCOO jointly with other unions had not supported it. Barcelona, February 16, 2019. 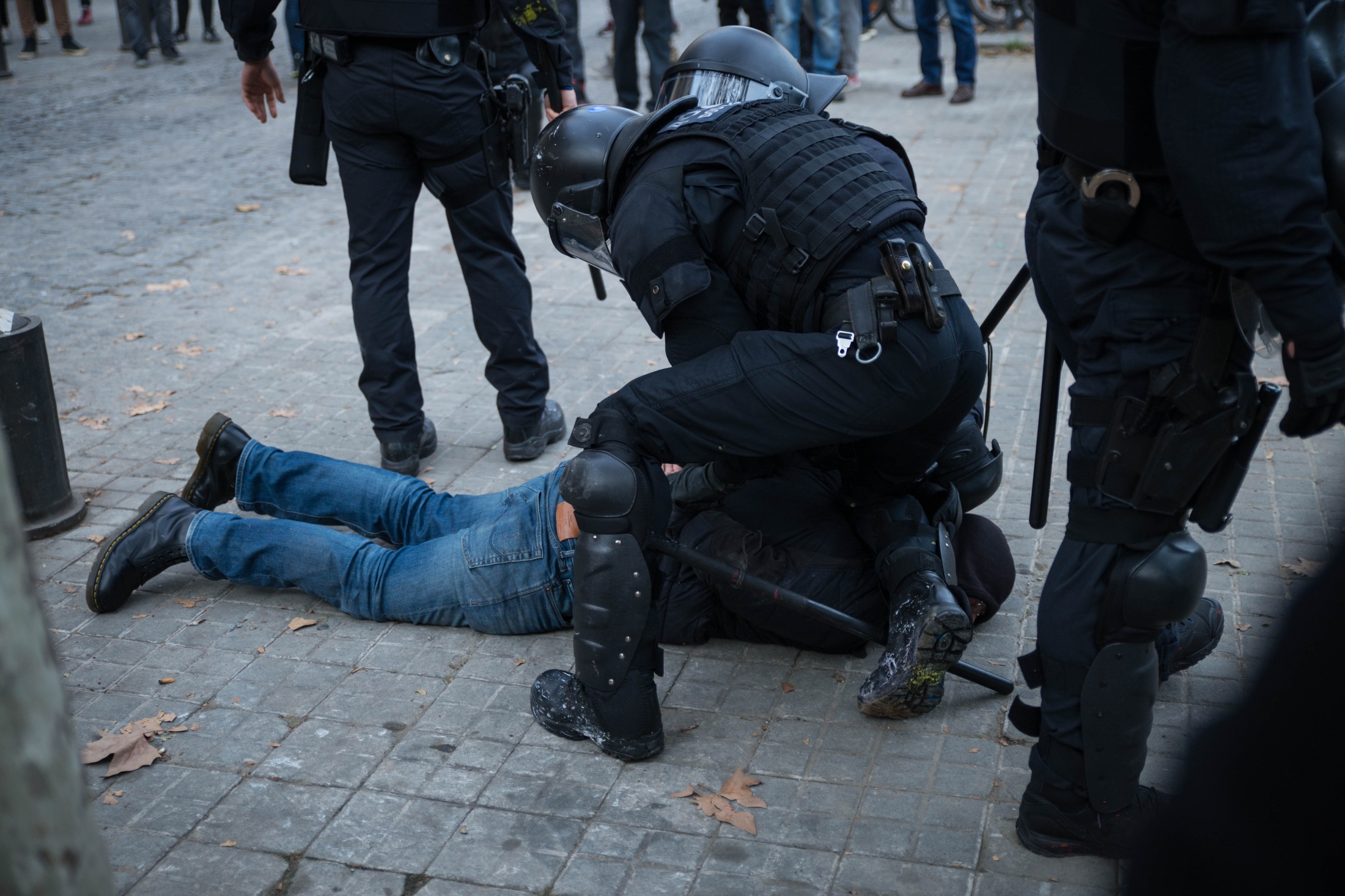 Police arrest a protester during clashes in central Barcelona. The Spanish cabinet meeting that usually takes place in Madrid drew heavy protests from Catalan separatists. It was protected by around 10.000 police forces of the Catalan as well as the Spanish national police that clashed on various occasions with protesters. According to the newspaper El País, at least 13 people were arrested. Barcelona, December 21, 2018. 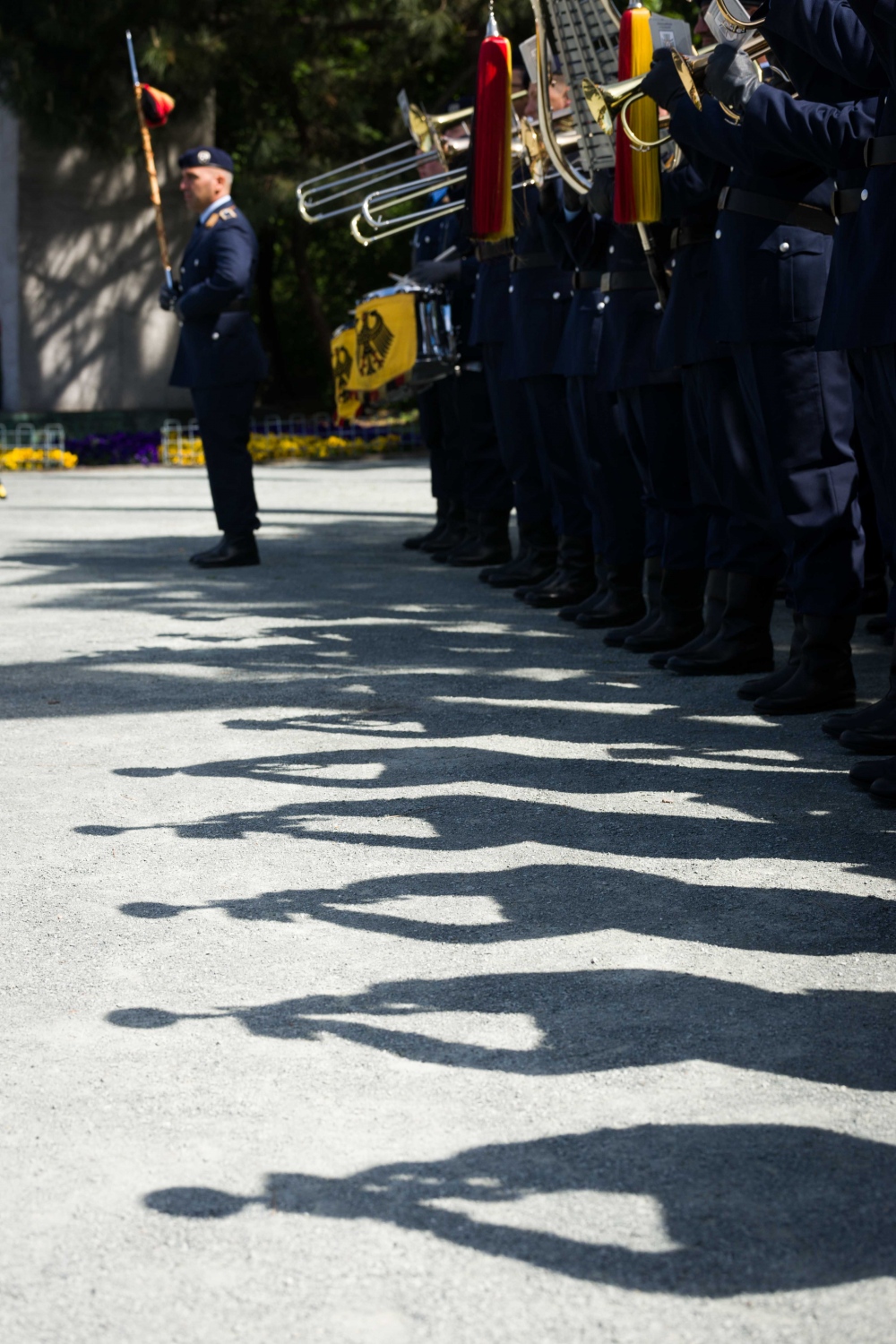 The Staff Band of the German armed forces Bundeswehr plays the national anthems of the countries participating in the Berlin airlift. On Sunday, May 12, Berlin celebrated the 70th anniversary of the end of the Berlin Blockade, during which the allied forces supplied the city via plane. Berlin, May 12, 2019. 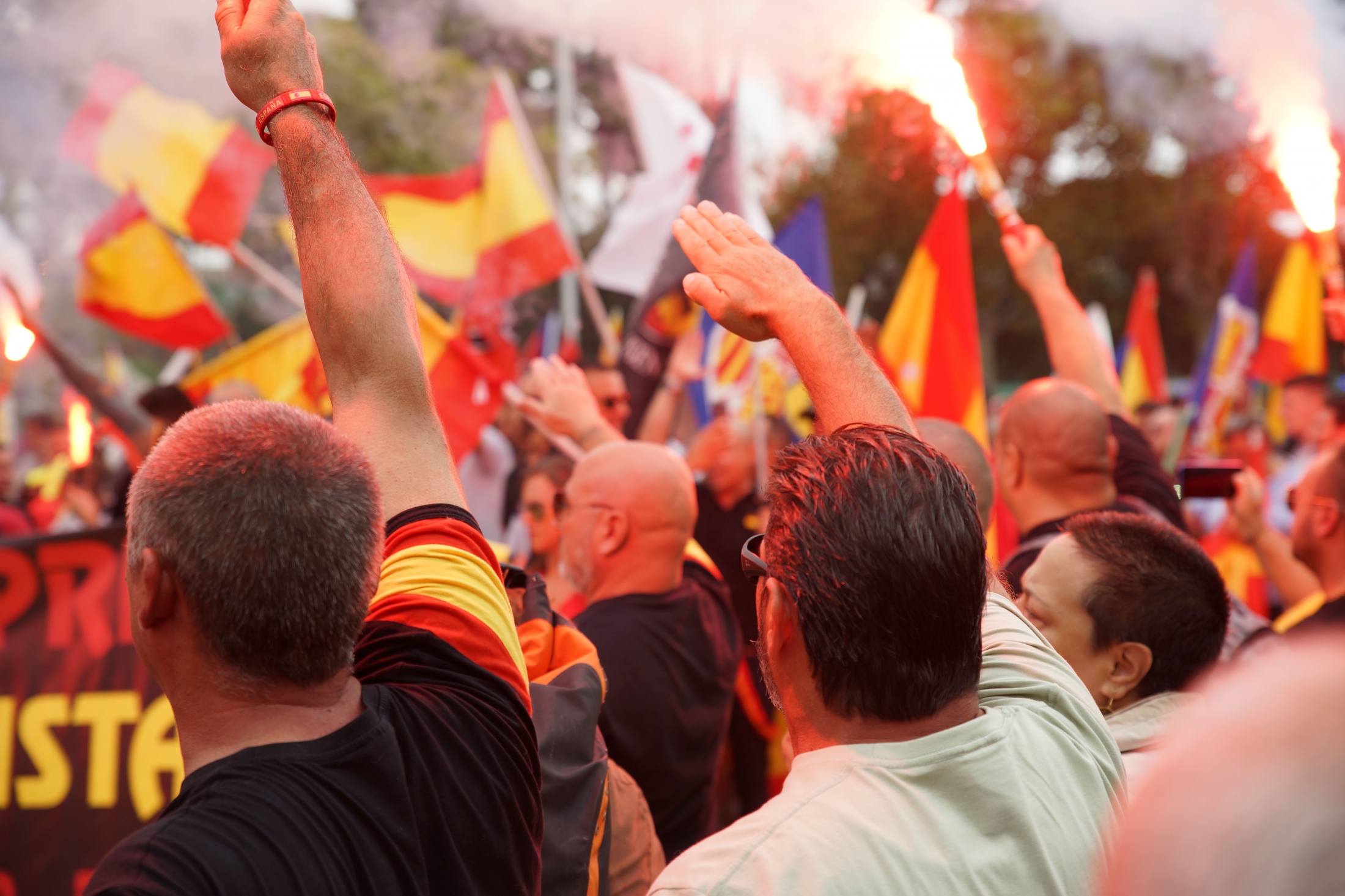 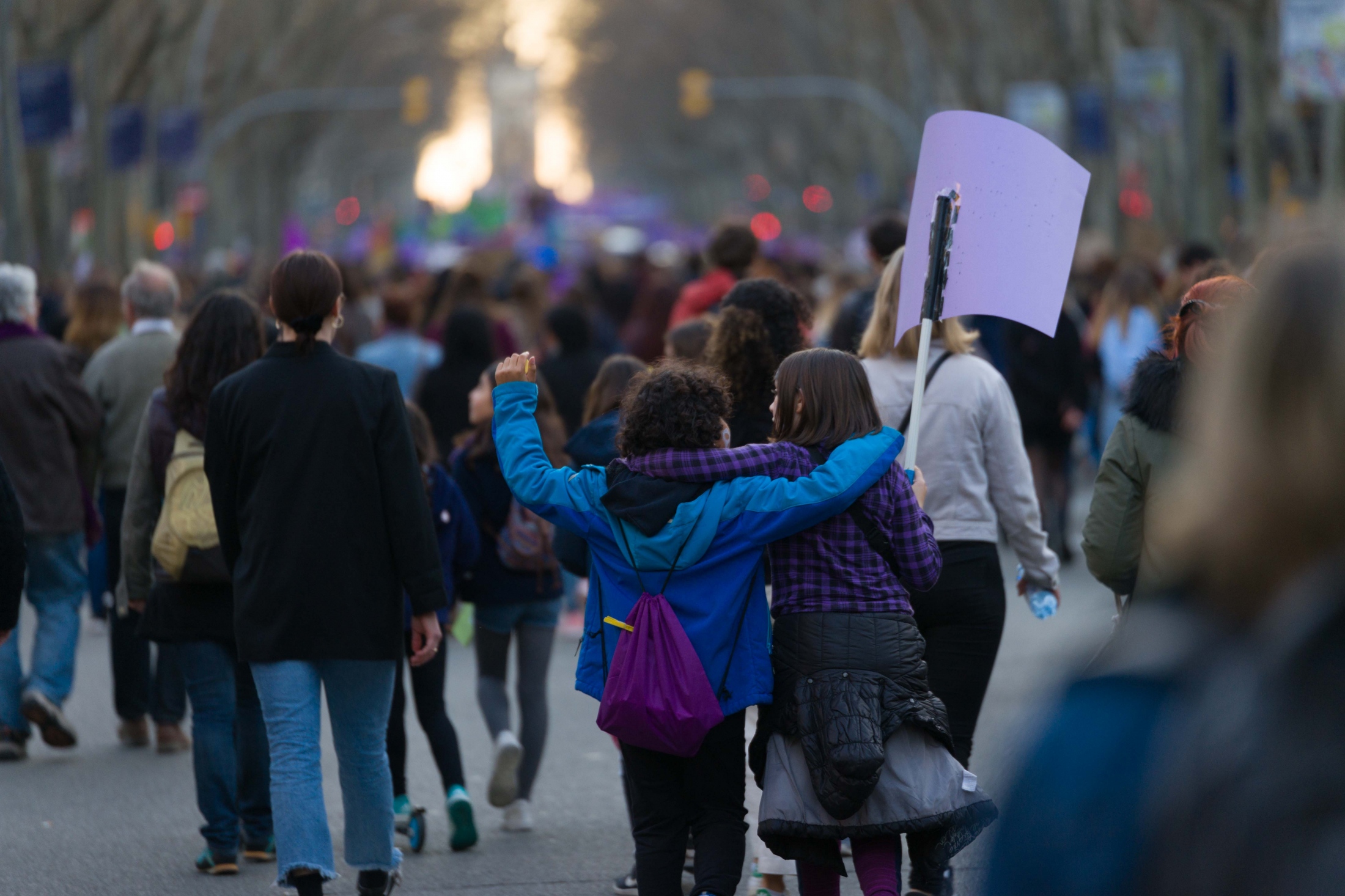 Two young protesters join the demonstrations for International Women's Day in Barcelona. Around 200.000 people filled Barcelona's Gran Via on the evening of March 8. The day was also a strike day for female workers in Spain: nationwide, around 6 million women participated in the strike. Barcelona, March 8, 2019.

Lukas Hofmann is a Berlin-based documentary photographer and photojournalist.